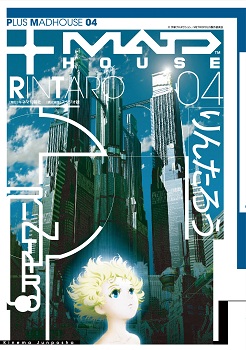 So there was this book edited by the well-known Studio Osu and published by Kinejun in December 2009 called PLUS MADHOUSE 04 Rintaro. It's one of the books from a series featuring directors from the anime studio Madhouse, and while it isn't very long, it includes storyboards from well-known works and important testimony from several important people and, of course, Rintaro himself, showing in brevity how he managed to influence the history of anime.

They're very valuable testimony about the reason for the high salaries in Mushi Production at the time of Osamu Tezuka, the working conditions of the anime industry at the time, and the relationship between anime and social movements.

Since I moved away from Debian and systemd again I've been trying new options for my init system, like s6, openbox init and suckless init (sinit). After trying out Void Linux, runit, which provides service supervision, seemed like a fine option so I installed it on my Gentoo machine.

Turns out it's pretty simple and it works, but I wanted a fast boot.

By default once you install runit, even if you use runit-init you'll end up using the same old SysV init scripts in one way or another. To get a fast boot you have to write your own. So that's what I did.

With my init scripts I could get a ~3 second boot; that's including the kernel which takes up most of the boot time; the userspace itself gets up to an usable state in around 500ms. This machine started with systemd in ~7 seconds, so I'm pretty sure people with faster machines will get an ever faster boot.

For those who don't know, runit works with 3 stages. Stage 1, which runs at boot; stage 2, which starts up services in parallel and keeps running until shutdown, and stage 3 which does the actual shutdown process. I'll share my scripts for each one. 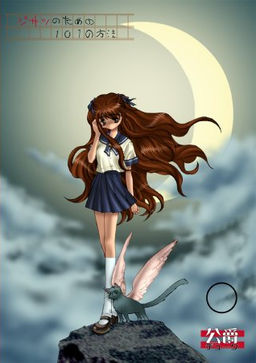 Time ago, there was this obscure visual novel called ジサツのための１０１の方法; or, 101 ways to commit suicide (vndb), by the short-lived company Duke. Released in 2001 in Japan and written by Yamada Orochi, it had a niche but very obsessed following due its peculiar scenario, quirky art and extremely dark and twisted themes. It is well regarded by many as a classic cult utsuge and one of the few denpa games of its time.

Thanks to its cult following, a spiritual sucessor to the Suicide series was announced in 2003. Its name was 末期、少女病, Makki, Shoujobyou -Lyrical pop world's end- (vndb). Sadly, shortly after this, the company Duke broke up and the release of Shoujobyou was indifinitely postponed, even though Yamada Orochi had already finished writing the script for it. The very dedicated fans were very disappointed but somehow managed to keep a small community alive.

Fast forward to 2011. The new brand Blasterhead is created and they announce they'll be reviving the Shoujobyou project, and open up a web site for it. The producer and composer Itou Akihiro, also known as Blasterhead, will be leading the project. Yamada Orochi will still be in charge of the scenario, YET11 in charge of the music and Kurasuke in charge of the art.

A full year passes without much signs of progress, but then a soundtrack CD for the game is announced, planned to be released at the winter Comiket.

Three years later, and no progress can be seen. The website had been last updated in February 2013, the development blog is dead, Blasterhead's Twitter account is dead and Yamada Orochi deleted his Twitter account (someone unrelated took his username now). So what happened here?

Gallery (gal) and CGI on nginx

So I installed 4x13's py-gal, a minimalist script inspired by gelbooru community-contributed image galleries. It's simple CGI (Python) and works well so far, might as well use it to archive trash I have scattered on old hard drives.

By the way, nginx is nice. And I mean nice. The way it handles FastCGI is transparent, configuration is simple and the way it works as a proxy makes it pretty clean. For example, a simple FastCGI script (ran as proper FastCGI) would work like this in Python with the flup FCGI module:

I've never been too active of a person but I've always been relatively healthy and slightly skinny. But lately my insomnia has been killing me and I don't have much motivation to do much. I don't really sleep well (this isn't anything new) and waking up with a headache is common. I sometimes get to experience migraines with aura, and I think I might be experiencing sleep apnea.

Either way my family history isn't very good: my mom's family is full of eccentric people, and my uncle and aunt suffered from schizophrenia. From my dad's side several had heart problems and suffered with depression and alcoholism.

So that's why I went to the doctor last month to do some basic checks and a blood test. Luckily the results were all perfect, but just in case, I got my blood pressure taken.

The meter read 150/90. Hypertension. It was not insanely high but high enough to be considered. Incidentally that day I had very bad sleep so I was told to take my blood pressure every day for a week to make sure. The results varied between 130/80 and 140/90. So while I didn't have hypertension, I was diagnosed with pre-hypertension with a very high danger of developing it.

I just uploaded the very simple script (~200 LOC) used to generate this blog to a repo. I was looking over at Pelican but it's still overkill for what I need, and while I was about to install 4x13's wlog, I wanted a static alternative, so I made my own.

It's pretty simple to use, just create the markdown files in the "pages" directory with the following format:

Then just run the script, and the static blog should be generated in the "output" directory. You can now just upload it through FTP to any web server. Pretty simple and fast.

The repo is available over here @ GitHub.

I still want it to support automatic copying of stylesheets and images to the output directory. Very simple configuration variables are at the top of nikki.py. I also plan to add pagination and improve the error handling later.

'sup. I'll be setting this wlog instance up to write about changes in the server and other things I might find.

This is my double VPS and it's running a mail server (postfix), web server (nginx) and XMPP server (prosody) for now. I also plan to install NextCloud soon. XMPP registration is currently open (please use in-line registration) and it implements most modern XEPs. I might open up e-mail accounts after I set up encryption and spam filtering.

This wlog is generated by a simple script I wrote in a few hours (called nikki). It takes Markdown files and generates a simple static blog. It's inspired by 4x13's wlog.